Another man faces criminal charges after handing out fliers in front of a courthouse in Michigan last week. The pamphlets provided information about jury nullification, a less known power of juries. In recent years, activists have felt the need to educate people about this power. It appears that some prosecutors and judges are less excited about having this ability widely known. Earlier this year two Denver men were also charged with jury tampering after handing out pamphlets about jury nullification by a Denver courthouse.

In addition to misdemeanor jury tampering charges, Michigan resident Keith Wood, 39, is charged with felony obstructing justice charges. Wood handed out pamphlets about jury nullification on the sidewalk near the Mecosta county courthouse. If convicted, Wood could be sentenced to up to five years in prison and up to $10,000 in fines for obstructing justice, and/or up to one year in jail and up to $1,000 for jury tampering.

Wood believes the charges are a violation of his rights to freedom of speech. His lawyer, Dave Kallman says, “It’s just a blatant illegal and improper use of government power to squelch a person’s constitutional rights of free speech.”

According to Michigan law anyone who “willfully attempts to influence the decision of a juror in any case by argument or persuasion, other than as part of the proceedings in open court in the trial of the case” can be charged with jury tampering. Michigan authorities assert that by handing out fliers to potential jurors, Wood was attempting to influence the jurors. His lawyer’s response is that, “It’s free speech for goodness sake. The judge directly ordered him to be arrested for jury tampering, for tampering with a jury that didn’t exist, now wrap your head around that.

Under Michigan law, it is illegal to obstruct a law enforcement officer from performing duties. This includes knowingly refusing to comply with a lawful command. Wood explains that court personnel came out of the courthouse and asked him to come inside to speak with the judge three times. On the third time a deputy threatened to arrest him, after which he followed the deputy inside, but was told he was not being detained. Once the judge appeared, he ordered Wood’s arrest for jury tampering. Wood maintains, “I truly believe in my heart of hearts I didn’t do anything wrong, I didn’t break the law, so they need to drop all charges against me.”

The fliers Wood handed out explained jury nullification. This is the practice of juries giving a not guilty verdict even if there is overwhelming evidence that the defendant did break the law as written because they believe that the law is wrongfully applied or immoral. In early American history, jury nullification was explained to jurors by judges and applied in a variety of cases. During prohibition in the 1930s, some juries refused to convict individuals accused of violating alcohol laws. Some northern juries in the mid 1800s refused to convict individuals that harbored escaped slaves. Of course, jury nullification was not always used positively, some southern juries in the 1950s and 1960s also refused to convict white men for murdering African Americans.

Throughout the years, judges’ enthusiasm for jury nullification waned and they no longer informed juries of this power. Instead court directions to jurors began to tell jurors that they could only decide the facts based on the law as written. Where before they were informed that they could judge the facts and the law.

Wood is not the only man charged with jury tampering after trying to inform people about jury nullification. Eric Brandt and Mark Iannicelli were both charged with seven counts of jury tampering in Denver earlier this year. Iannicelli and Brandt set up a booth labeled “jury info” in front of the Lindsey-Flanigan Courthouse in Denver in July. They asked passersby if they were reporting for jury duty and handed them fliers informing them about jury nullification.

Back in 2012 Julian P. Heicklen was charged with jury tampering after setting up a booth and handing out pamphlets advocating jury nullification in front of a New York courthouse. A federal judge dismissed the charges ruling that the pamphlets were protected speech.

In recent years jury nullification can be seen when defendants are acquitted for drug related charges or euthanasia charges even when clearly guilty of violating the law. Juries may react against what they view as unfair laws or excessive sentences by voting not guilty. This can be seen as a way to make social commentary about the rightfulness of a law. Recent cases of jury nullification have prevented patients that use marijuana for medical purposes from serving time. As shown by the changing medical marijuana laws across the country, public opinion has certainly changed on this topic.

There is no substitute for good legal counsel. Whenever you are faced with criminal charges, including jury tampering, it is important to hire a Chicago criminal defense attorney. The lawyers at Tower Legal are prepared to represent their clients for a multitude of criminal charges. Call their office today to discuss your criminal charges. 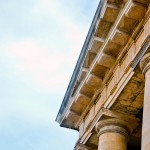 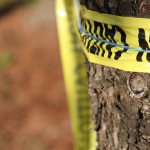